Pictures by Serena Nassini Taken from tumblr, under creative common.

As a clarinettist I play Klezmer and Eastern European folk music everyday since November 2015. Overall I have been playing the clarinet for 15 years.

Most of the klezmer music I know is the result of a combination of daily practice with many 1:1 lessons (with Susi Evans), jam sessions, workshops and a several weekly-long summer klezmer courses in the Uk and in Germany. I took workshops from Alan Bern, Frank London, Christian Dawid, Merlin Shepherd, Fran and Flora, Michael Winograd, Daniel Gouly, Susi Evans and Emil Goldschmidt among others.

I am studying the recordings of contemporary masters such Michael Winograd, Christian Dawid, Merlin Shepherd and Susi Evans even if I occasionally learn from traditional recordings as well.  I have learnt balkan music from 3 musicians (Gundula Gruen, Susi Evans and Martin Weightman) but very consistently. Slowing original recordings down, singing and taking a few 1:1 lessons on very unfamiliar tunes or styles helped me to integrate the necessary stylistic features that create a beautiful, cathartic and as authentic as possible experience for me and for the audience.

In October and in July 2021 I performed balkan music with the accordionist Martin Weightman for the dance group “Horo” in Sheffield, UK.

In August 2019 I had the honour to play with two members of the Sheffield based klezmer band 'Shibboleth' (Martin Weightman and Karen Yarnell) for 'Fine and Dandy’ a theatre production at the King's Head Theatre, London.

In November 2018 I collaborated with the London based professional clarinettist and improviser Lucy Tasker creating a Relational Film, a video art installation combining an experimental improvised folk duet with projections of oil paintings and written text.

In 2018 I joined Klezfest for the third time with the klezmer trio 'Zikh Zayn' (Serena Nassini, Karen Yarnell and Sam Leon) arranging and performing some traditional repertoire that was shared and improved during community events and open mics all over London. 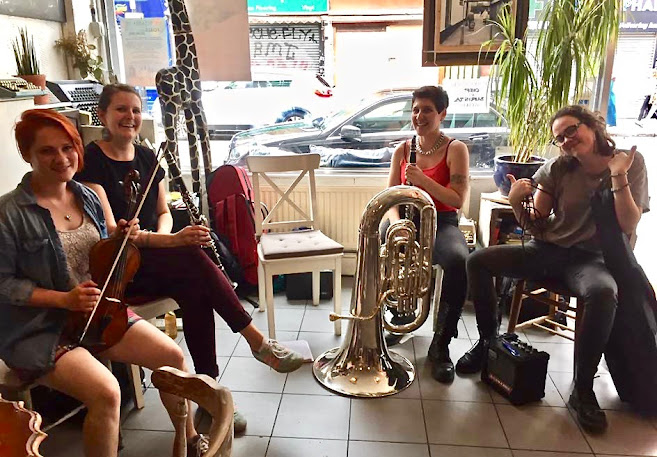